How long until the death of the traditional 9 – 5 job?

The world is a changing place in so many ways, not least in the way that we carry out work. As more and more work is done online and remotely, is it possible that the traditional 9-5 job will die out completely? The way most of us lead our lives doesn’t really fit with 9-5 with most people demanding goods and services 24/7. People crave more flexibility in their lives and this is why we see an increasing number of freelancers. 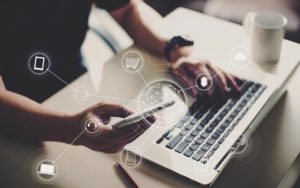 OK, it may not die out completely but where did it all begin for the traditional 9-5 job? Welsh social reformer, Richard Owen was the man credited with moving people forward after the Industrial Revolution, a time when many worked ridiculous hours that allowed little time for rest, never mind a social life. He fought for workers to be able to enjoy all aspects of their life and not be forced to work 16 hours a day in fear of losing their job.

Henry Ford was one of the first to adopt the new way of thinking and it was a massive success. Profitability and productivity both rose massively so naturally other businesses followed suit. Indeed it was as early as 1930 when Joh Maynard Keynes predicted that end was nigh for the 9-5 job believing that people would soon be working 15 hours a week.

He may have been a little off the mark and in fact most people still work 40 hours a week but the numbers who are constrained by the traditional 9-5 hours are dwindling, and dwindling fast. Keynes’ prediction that there would be cultural changes and technological changes was accurate although he was wide of the mark with the working hours.

It is in main the technological advances that have made it possible for increasing numbers of people to work from home. In fact, a recent survey suggested that 80% of office workers check their emails at home with around 30% doing so before they even get out of bed. This suggests that even those who do attended the office at standard times, to suggest that they work 9-5 is just a fallacy. How many hours people do work is hard to quantify, but it certainly isn’t a 9-5 job anymore.

As we mentioned at the start of the article, cultural changes have brought about a demand for things to be done immediately. If you close your doors at 5pm and don’t return until 9am the next day, there will be plenty out there who will be more than willing to work outside of these hours and therefore take your business. Ultimately, businesses won’t survive if they believe that they can just adopt a 9-5 philosophy.

So what other problems does the 9-5 mindset create? The idea that workers work for the entire 8 hours they are sat in an office is pure fantasy. Productivity has and will always remain a big issue and there have been numerous studies proving that different people are more productive at different times of the day. To believe that everyone is productive from 9-5 would be churlish and time sat at a desk is by no means a measure of productivity.

Another study that was recently published suggested that 44% of women and 37% of men actually preferred to work in the evenings or at night time. 45% of millennials have even stated that flexibility is more important than the hours that they work which once again hammers another nail into the coffin of the traditional 9-5 job. 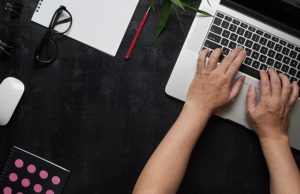 Of course, it would be naïve in the extreme to suggest that there aren’t benefits and even supporters of the ways of 9-5. The reformers of the early years intended 9-5 as a way of denying flexibility in work time and therefore creating a clear definition between work and leisure. This was seen as beneficial to all concerned. Indeed, some argue that flexibility means that people will just be working more hours effectively for free – even if that does just mean checking emails in our ‘free-time’.

There are downsides to amount of hours that people are working. The numbers of people who are unable to work due to stress and depression caused by overworking is increasing as too are those suffering from obesity issues. A large amount of this has been attributed to employers reading ‘flexibility’ as an opportunity for employees to be more widely available – perhaps even returning to the days post the Industrial Revolution. This once again adds weight to the argument that the days of 9-5 are drawing to a close.

The question that both employers and employees have to ask themselves is does 9-5 still work and does it fit the business model? The chances are that both parties would answer in the negative as we all start to appreciate that times, certainly when it comes business, are changing. Flexibility works both ways and that needs to be both recognised and understood.

Want to join the discussion?
Feel free to contribute!